By Harriet, Owner of The Dog Trouser Company

The affection and loyalty a dog can provide is one of nature’s most powerful anti-depressants. As a nation of pet lovers, we (mostly) treat our furry friends with the kindness and respect they deserve.

But every year, thousands of dogs endure a hellish fight for survival on the streets of Romania. Some are beaten or starved to death. Others are tortured and abandoned in alleyways. It’s hard to imagine that such brutality exists.

Fortunately for the lucky survivors, there is a chance for a better life. A British based charity, 1 Dog at a Time Rescue, cares for and re-homes abused Romanian street-dogs. They were also the charity that led me to Alma, who, despite the horror she endured, now fills our life with love and laughter. She’s living proof that even the most damaged of animals can still go on to radiate joy and tenderness.

Alma’s gentle nature is at odds with her cruel start in life. After wandering the streets scavenging for food, she was found tied up with barbed wire by a local woman who took her in and contacted the charity. Alma was so badly beaten, it’s a miracle she didn’t die. Sadly, she lost the litter of puppies she was carrying but she pulled through and it wasn’t long before she was ready for adoption.

We weren’t even looking for a dog when I stumbled across her photo. Her lovable, fluffy face stared back at me and I knew instantly that I wanted to help her. Luckily, she got on with cats and children and a short time later she came to live with us. It’s been a real privilege looking after Alma.

But we must not forget the other street-dogs whose suffering is ongoing. This is why The Dog Trouser Company donates £2 from every sale to 1 Dog at a Time Rescue. When you spend your money with us, you’re helping those dogs find their loving, forever-home. 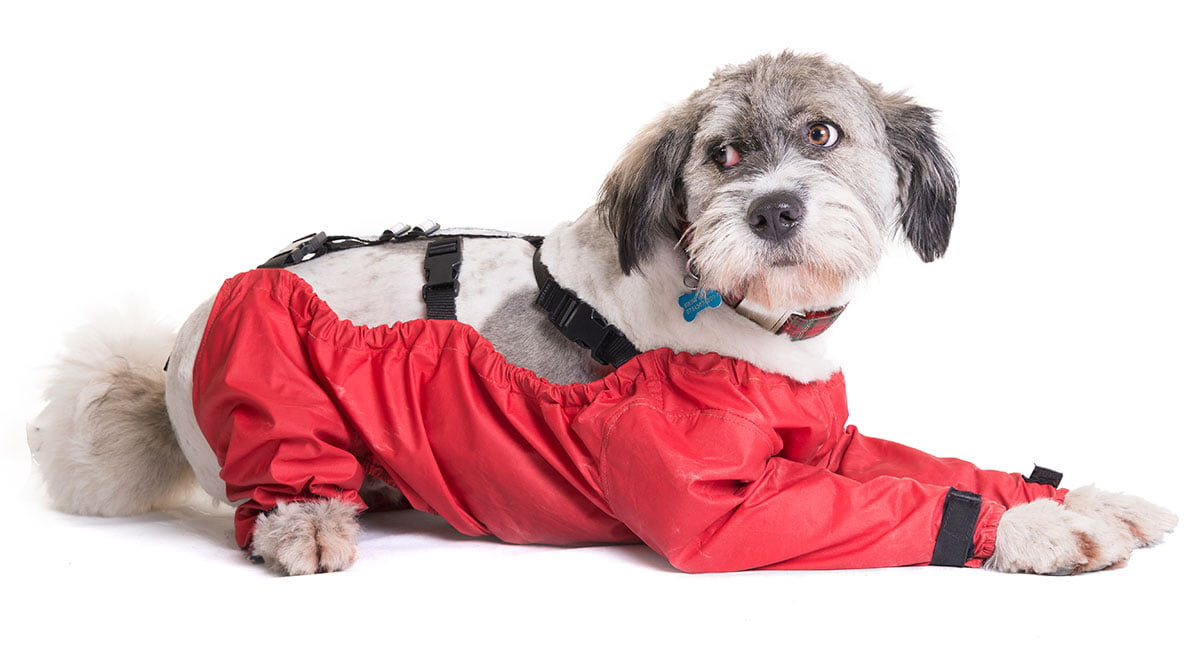